Courtesy of Colors and Toys who deliver my order on time, I tried for the first time the brand new we vibe 3 ! This is my (2 cts) review...

Summary : It's amaaaaazing !!! and i had tons of pleasure with it...

We just tried it with my fiancé and it was the best sexy moment i had since... a long time... shuutttttt don't tell him ;-)

Sometimes I use vibrators alone but mostly with my fiance. We use them during intercourse. So the We vibe seems the right product for us !

I ordered it to colors and toys and paid my We vibe 3 for 129.99, taxes and shipping included ! 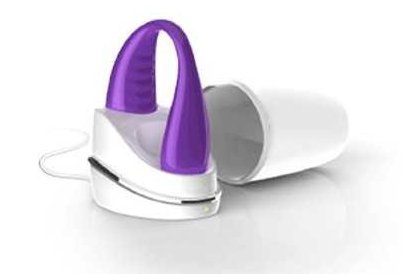 As soon as I received it, I opened the box like a kid with her new toy!

- The cradle to charge the sextoy (and storage box)

The New sextoy We Vibe 3 and can be used for two during penetration. Vibrant and remote, I tested it last night !

The We Vibe 3, the latest, offers so many improvements over version V2 we may wonder if the marketing team was not formed from Apple!!! It is such a sextoy from space: no removable battery, no cable to connect. The sex toy is simply recharge by placing it in its holder. Do not ask me how it works, I stopped the physical before beginning. But I think it's orgasmic energy that passes through the silicone !!!

So now you can enjoy hands-free orgasms, and even use (hands, not your orgasms) for other occupations (such as playing chess).

Yesterday evening, I opted for the second option, while being a little freaked at the idea of ​​ getting caught, of course. Is someone going to feel the vibrations, or realize that I have concentrating  trouble to answer his question? In fact, (almost) nothing of that. The beast and its remote are fairly discrete, I quickly forgot the sextoy when it does not vibrate, and no one hears it when it works.

So it was left for the uncontrolled vibrations evening. Only one problem: rest not too far from your boyfriend under penalty of being condemned to vibrate until death (of batteries) ensues. 3 meters distance indicated by the manufacturer are actually closer: 30 cm once dressed - to believe that even the inventors of sex toys cheat on length!!

Last major point, the boyfriend must know accurately count up to six, because apart from a hand discreetly placed on the upper thigh, no way for the all-powerful remote control holder to know the current pace of sextoy.

Then, the We Vibe 3 sextoy most high-tech market? The answer is yes (at least for a few weeks, things go faster). The price of this technology? $129 CAD. Yes this is almost the price of an iPod, but you don’t risk to be stolen in the subway. Normally.

Edit : now we use our We vibe 3 only at home during intercourse. The remote works well and give me better orgasm !